CP Rail’s plans for a new logistics facility on 100 acres of farmland in Pitt Meadows is facing opposition from neighbours, who question the impact of the project on their community and local agriculture. Close to 100 residents questioned CP representatives in an online open house this week but received few definitive answers. The project is exempt from Agricultural Land Commission and local government approval. Results of a survey that closes today will be made public in March, with mitigation measures of the project provided this summer. Construction could begin in 2026 if federal authorities approve. Country Life in BC is the agricultural news source for BC's farmers and ranchers. buff.ly/2ReiFur ... See MoreSee Less

The BC Ministry of Agriculture has announced a new round of funding this week to support more community projects aimed at protecting the health and habitat of bees. The Bee BC program provides up to $5,000 to fund smaller-scale, community-based projects enhancing bee health throughout the province. Since launching in 2018, Bee BC has contributed almost $280,000 to 62 projects. The last round of 24 approved projects projects ranged from providing education in communities to planting bee-specific forage to using innovation and technology to help protect and ensure bee health in BC. The program is administered by the Investment Agriculture Foundation. Check out the program guide for more information: buff.ly/3bCMzSW ... See MoreSee Less

The Mainland Milk Producers Association could continue its support of local communities with initiatives kickstarted in 2020. MMP president Mark Van Klei says its donation of $25,000 to Fraser Valley food banks last year aided those affected by COVID-19. The organization also sponsored two Ag in the Classroom programs in 2020 – the Pencil Patch, a working garden where K-12 schools get hands-on lessons about agriculture, and Take a Bite of BC, which delivers fresh, BC grown products five times a year to secondary schools running a culinary arts program. “Ag in the Classroom takes our dairy message right to the children’s classrooms straight across the province. I think it works really well,” Van Klei told almost 80 people attending the MMP annual general meeting via Zoom on January 8. With both initiatives getting good feedback from directors, Van Klei says they could be added to the 2021 budget. “COVID doesn’t always make it easy but we plan to work with (the BC Dairy Association) to look at making sure we can keep some of these initiatives going.” Country Life in BC is the agricultural news source for BC's farmers and ranchers. ... See MoreSee Less

To advance agriculture for the future, Farm Credit Canada industry relations director Marty Seymour says the the industry must be willing to challenge conventional thinking and practices. Speaking at the Agriculture Excellence conference Farm Management Canada hosted last month, he said the sector has two easy options for doing this. One is including youth on industry boards and drawing on what they’re being taught. The other is for farm businesses to assemble boards of directors from other sectors, both inside and outside the agriculture industry, and learn from their experiences. Subscribe to buff.ly/2H3dK8k ... See MoreSee Less

Around 60 viewers attended the BC Grapegrowers’ online pruning session earlier today. After an overarching Pruning 101 presentation by Troy Osborne from Arterra, a panel of growers from across the Okanagan shared their knowledge during an open Q&A. The panel included viticulturist Miguel Fontalvo from Monte Creek Ranch Winery near Kamloops, Felix Egerer, viticulturist at Tantalus Wines in Kelowna, Ralph Suremann, longtime BCGA director from Pegasus Vineyards at Naramata and Amy Richards, 2020-elected BCGA director from Phantom Creek in Oliver. While some North Okanagan wineries won't be pruning until later in the spring, pruning is already underway further south and at Tantalus in Kelowna. The panel cautioned growers against pushing new vineyards to produce grapes too soon. Suremann says a decision to have vines produce before year three or four can result in a setback of several years, while Egerer remarked that one bad shoot thinning can harm five years of growth. BCGA says all their events are being planned online for 2021 and there’s no date yet for the AGM. ... See MoreSee Less 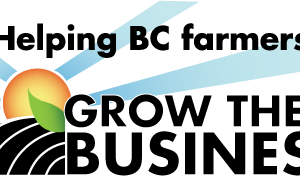 Country Life in BC